The events have been revealed, the ticket office is open! 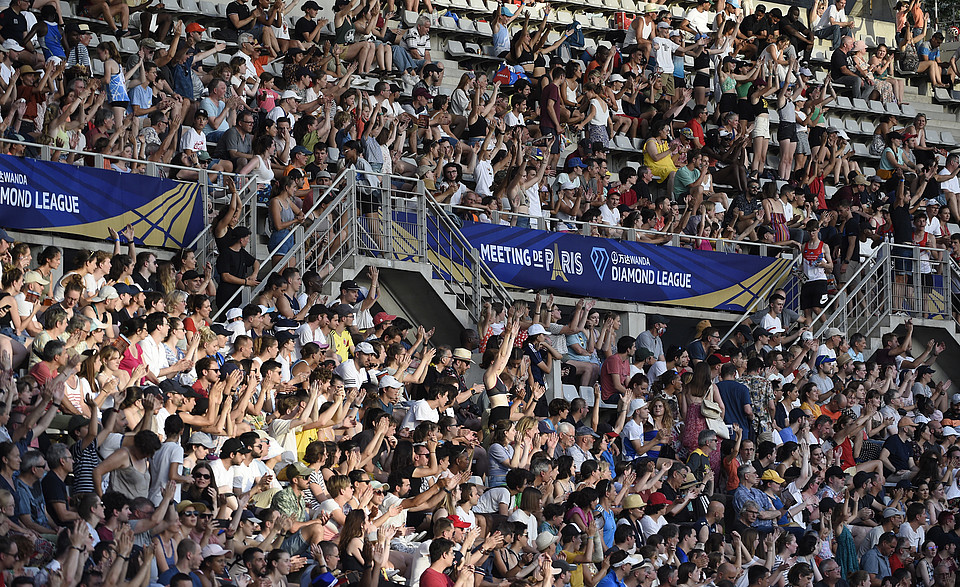 With a little less than six months until the Wanda Diamond League Meeting de Paris 2023, the ticket office is now open, with an introductory offer of 15 Euros per ticket. Make the most of the opportunity to treat your loved ones this festive season!

What better way to celebrate the season of goodwill than gifting someone a seat for the biggest athletics show in France? With festivities fast approaching, the ticket office for the Wanda Diamond League Meeting de Paris is now open. An introductory offer with category 2 tickets priced at 15 Euros has been set up, with special discounts also available for members of the Fédération Française d’Athlétisme (French Athletics Federation) and athletics clubs.

On 9 June 2023, the top athletes from right across France and the globe will come together around the tartan track of the Charléty Stadium, for what is sure to be another prestigious evening. After Shelly-Ann Fraser-Pryce stormed to victory in 2022, sprint fans will once again be spoilt for choice with a men’s 100 m, a women’s 200 m and a women’s 400 m.

Hurdling aficionados will also be in luck, with a men’s 110 m and 400 m race, whilst fanatics of middle-distance running will have their eyes riveted on the men’s and women’s 800 m, the men’s 3,000 m steeplechase and the women’s 5,000 m.

The men’s long jump, the women’s high jump and the women’s pole vault also promise spectators a showstopping spectacle. Equally, enthusiasts of the throwing events will not want to miss this meeting as the world’s best athletes in the shot put, discus and javelin are guaranteed to put on a fantastic display in the French capital. Just like in 2022, the men’s hammer throw (non-Diamond League ranked) will kick off the competition at the top of the programme.