The IAAF Diamond League in May 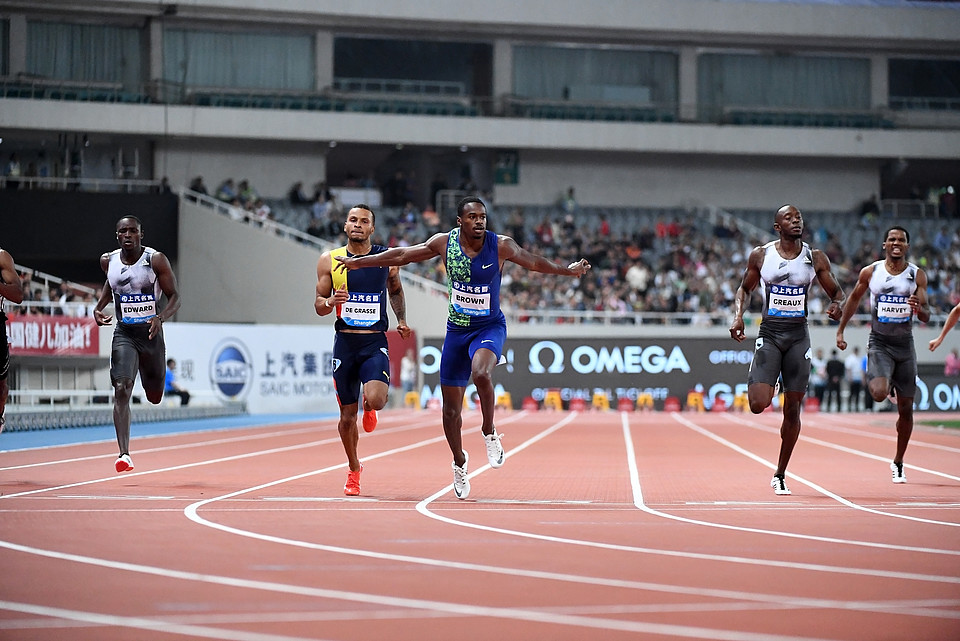 Throwback on the Doha, Shanghai and Stockholm meetings...

Major performances from the outset

According to tradition, the Doha meeting opened the IAAF Diamond League season on 3 May. Relocated to the Khalifa Stadium, the scene of the next world championships, the Qatari meeting once against produced an avalanche of stellar performances.

Securing no fewer than eight of the world’s top marks this season together with three new meeting records, including one for the Diamond League, the athletes demonstrated in Doha that they were at the peak of fitness, despite a season which will stretch through into early October.

Caster Semenya came close to beating her personal best in Qatar, a time set during last year’s Paris meeting (1’54’’25), winning her race in 1’54’’98. The fourth best performer of all time relegated the Burundian athlete Francine Nyonsaba to over two seconds behind her (1’57’’75), American Ajee Wilson rounding off the podium (1’58’’83).

The shot putters also posted inspired performances with two athletes throwing in excess of 22 metres. American Ryan Crouser (22.13m) came out on top in his duel against the world champion from New Zealand Tomas Walsh (22.06m). The Brazilian Darlan Romani ranked third thanks to a best throw of 21.60m. The competition for the Paris meeting 2019 promises to be spectacular on 24 August 2019.

Morocco’s Soufiane El Bakkali made the most of Conseslus Kipruto’s (Kenya) late start to the season to take the win in the 3,000m steeplechase in a time of 8’07’’22, the world seasonal best. Imperial throughout 2018 in the 1,500m, Elijah Motonei Manangoi also improved on the reference summer score for his comeback performance in a time of 3’32’’21, ahead of six other Kenyans. In the 200m, the Turkish world champion Ramil Guliyev ran a sub-20-second time in his first race of the year (19’’99).

Samba a cut above the rest

The second leg of the IAAF Diamond League, the Shanghai meeting on 18 May, gave rise to some intriguing duels. Despite an already long season, Abderrahman Samba proved he was in great shape during the 400m hurdles.

Qatari Abderrahman Samba really created a stir at the Paris meeting 2018 with his 46’’98 in the 400m hurdles. Some three months before the 2019 edition, which will take place on 24 August at the Charléty Stadium, the world’s second best performer of all time brilliantly held rank in Shanghai (China). Expertly taking victory in the race with a dazzling time of 47’’27 (a world seasonal best and the meeting record), he won his duel at the top against American Rai Benjamin (47’’80).

In the 110m hurdles, Omar McLeod set the tone against his main rivals by taking the win in 13’’12, whilst Chinese athlete Xie Wenjun took onlookers by surprise by securing second place on home soil (13’’15, a new personal best), ahead of Russian Sergey Shubenkov and Spaniard Orlando Ortega, both clocked at 13’’28. The Europeans will come up against Pascal Martinot-Lagarde in Paris for another suspenseful match.

Meantime, efficiency was all-important in the women’s pole vault competition and Katerina Stefanidi often excels in this area. The Greek athlete gleaned the top spot once again after clearing a jump of 4.72m on her first attempt, while her compatriot Nikoleta Kiriakopoulou, Chinese athlete Li Ling and the American each had to make two attempts to clear it. Enjoying a great competition, Li set a new Asian record.

The cold won out over the athletes

The Stockholm meeting, the third leg of the IAAF Diamond League, was somewhat ruffled on 30 May by the difficult weather conditions. Like the women’s discus competition, there were a series of surprises in store in the Swedish capital.

It had been a long time since Sandra Perkovic failed to secure a podium finish in the discus competition. And yet, during the Bauhaus Galan, the Croatian only ranked fifth with a throw of 63.71m, behind the Cubans and Chinese. Denia Caballero took the win with the top throw of 65.10m, one centimetre longer than Yaimé Pérez (65.09m). The two Chinese throwers, Chen Yang (64.25m) and Feng Bin (63.97m), also beat Sandra Perkovic. It certainly bodes well for a thrilling and suspenseful competition at the Paris meeting 2019 (on 24 August 2019).

There was another surprise in the men’s 200m with victory going to Canadian Aaron Brown (20’’04), way ahead of the reigning world champion, Turk Ramil Guliyev (20’’40).

However, things took a more logical progression in the 400m hurdles, where the cold didn’t stop Norwegian athlete Karsten Warholm. He won the race in a time of 47’’85, relegating the competition to over a second behind him.

Finally, in the 1,500m, victory went to Kenyan athlete Timothy Cheruiyot (3’35’’79) ahead of Djiboutian Ayanleh Souleiman (3’37’’30) and the young Norwegian Jakob Ingebrigtsen, who finished at the same time.